The forthcoming Mike Meyers film The Love Guru is under attack by U.S.-based religious leaders. The mainstream media will tell them to back off, right? 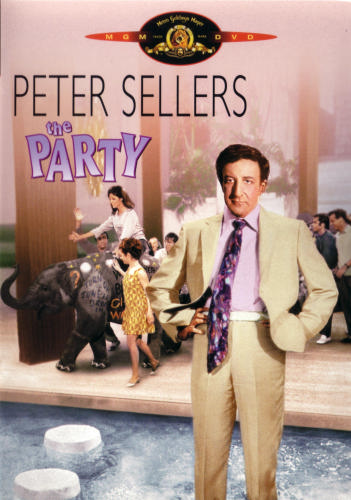 A few weeks ago I was watching a very funny and enjoyable 1960s movie called The Party, starring Peter Sellers as a love-starved actor who inadvertently creates slapstick havoc at a Hollywood party. Great fun. You should buy a copy—it’s a bargain.

The odd thing about the movie, which hit the theaters in 1968, was that the character Sellers plays is a native of the Indian subcontinent. Sellers, an Englishman, affects a not particularly convincing but acceptable Indian accent, and his skin has been darkened for the role. Other than that, he just plays it as a generic funny, bumbling character with charming sincerity and basic gooodness.

There was nothing about either the role or the film that condescended to India or Indians, but I remarked at the time that no Caucasian could undertake such a role today.

How wrong I was, yet how right, ultimately. In The Love Guru, due to hit U.S. theaters June 20, Mike Meyers plays India’s second-best guru, who is called to the United States to help a brokenhearted hockey player recover from his romantic trauma so that his team can win the Stanley Cup.

According to reports, Meyers’s character, Guru Pitka, is actually an American raised in India, so Meyers does not have his skin darkened for the film, but he does adopt a comical Indian accent.

Hindu religious leaders in India have called for the film to be banned from the nation’s theaters, although they have not seen the film. This came after U.S. Hindu organizations issued statements complaining about the film.

What has them in such turmoil is the film’s depiction of Pitka’s spiritual order, an oddball amalgam of traits from various Eastern religions, E! Online reports:

On Love Guru‘s MySpace page, he refers to himself as "his holiness . . . a spiritual teacher with no one faith." He has a penchant for yoga and his mantra is "Mariska Hargitay."

A handful of Hindu higher-ups are voicing concerns, based on the trailer and promotions already released, that the movie will unfairly play into stereotypes and potentially ridicule their beliefs.

The Hindu group Shri Ramayan Pracharini Sabha issued a statement saying "that portrayal of Hindu characters like buffoons is not acceptable."

Zed has said the film will lead unenlightened audiences to believe "most of us are like that."

What that is: a flowing-haired, long-bearded, caftan-wearing, sitar-strumming guru played, as usual, to exaggerated comic effect by Myers.

Paramount, the studio behind The Love Guru, correctly observed that Meyers’s  comic performances are not to be taken as authentic, according to the E! Online report:

The studio also said made note that the film was hardly meant to be taken as a documentary, calling it a "nondenominational comedy" and "a satire created in the same spirit as Austin Powers."

One might well wonder whether the New York Times and other openly anti-Christian mainstream media outlets will take the same hostile attitude toward the Hindus’ complaints as they consistently have done toward Christians’ protests of unfair treatment in media depictions. If they are at all consistent, they will tell the Hindu leaders to shut up and stop threatening our sacred First Amendment right to free expression.

Personally, I don’t wonder about it at all. They’ll treat the Hindus with kid gloves and sympathize with their concerns. You can count on that.