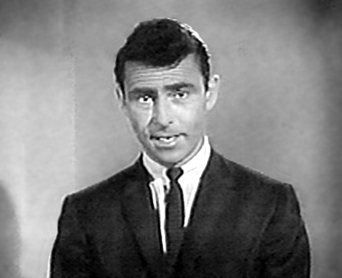 The Twilight Zone taught real truths about the human condition.

I always thought of The Twilight Zone as a show that so excellently captured the zeitgeist of the time in which it ran, from 1959 to 1964, but I never thought of it capturing the Jewish soul. Alan H. Luxenberg used to teach a course on the show at a religious school and found a profundity rarely seen in popular culture today.

It is a show I watched as a child but it is only now that I have begun to realize how meaningful a program it really was. The show was preoccupied with man’s place in the universe, with threats to freedom and individuality, and with man’s inhumanity to man. With such preoccupations, I figured there must be a lot of grist there for the religious school mill.