The Puzzles of The Closer

The Closer, on TNT Monday nights at 9 EDT, is an unacknowledged Americanization of the long-running British police procedural TV program Prime Suspect—and is something of an improvement on the excessively saturnine original. In The Closer, now in its second season, Kyra Sedgwick plays a police detective and homicide team supervisor who solves crimes while stumbling charmingly through a rather bumpy personal life. She’s a Southerner living in Los Angeles, and her charmingly manipulative ways make for an interesting character. It’s a good show, made appealing by Sedgwick’s excellent performance. She’s quite likeable as the protagonist, and her various problems are handled by both herself and the program’s writers with a fairly light touch. There is an appealing but not excessive amount of humor in the show.

The season premiere episode, which first ran a couple of weeks ago, was particularly satisfying. Unlike most entries in the first season of the program, it had a solid puzzle with several suspects, and the viewer had enough info to solve the crime by the time Brenda was ready to reveal the killer. Most of the appeal of The Closer lies in the non-mystery elements, but having a good mystery made this episode really sing.

In the two subsequent episodes this season, there have been multiple suspects, although in last week’s episode a vital clue was withheld until Brenda revealed the identity of the murderer. That’s not what true mystery aficionados call fair play, but the mystery was nonetheless good, and the character relationships and the various agendas driving the murder suspects were interesting. 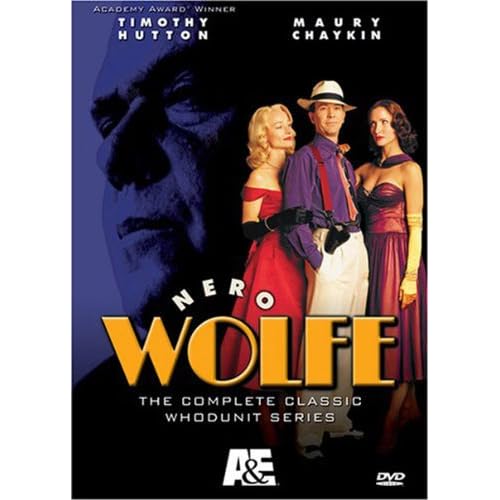 It’s very pleasing to see another American crime show take up a more puzzle-oriented, cheerful approach to crime fiction, in this time of gloomy CSI imitators. There’s no reason a police procedural or hardboiled story can’t have a good puzzle, as the stories and novels of Cornell Woolrich and Fredric Brown make very clear in the hardboiled realm and which the British series Midsomer Murders and Dalziel and Pascoe in both books and TV make abundantly clear. (Both of the latter are produced in Great Britain.) I like to see TV moving away from what I called, in my National Review Online roundup of the last TV season, shows about Saving the World, One Creepy-Looking Corpse at a Time.

The formulaic probing into the insides of dead bodies in these programs has made the TV cop show a very tired genre, and it will begin to fade away soon if the networks don’t bring new life to it with an approach more sanguine and less sanguinary. The Closer joins Monk, Psych, and the late, lamented, lost A&E Nero Wolfe series in doing just that on satellite channels; we’ll know things are getting better when the networks begin to follow suit.

Found your site in google, and it has a lot of usefull information. Thanx.?

Some good ideas here! But i’m not completely sure if more people will agree with you on this than you may think.

Found your site in google, and it has a lot of useful information. Thanx.

The cause of high grain prices around the world is simply this: that the U.S. government has decided that 20 percent of the nation’s grain production must go to the making of ethanol fuel. This has caused food prices to rise worldwide because the United States is the largest supplier of food and feed grains in the world. In the name of slowing global warming (which is probably not happening anyway and is certainly not a crisis) environmentalists have imposed a mandate that is creating high food prices in the developed world and food shortages and outright starvation in the less-developed nations. The global food shortage is entirely a concoction of radical environmentalists.

All greetings…
I faith that chose the decent segment of it for asking your assuredly , if not, sorry.
I do not uncertainlyably many times go to the forums. And my, my assuredly is what is:
How do you notion of how sober the question of charge increases, and whether it is practical broad shock,
the reality that already incident, namely: Rising grub guerdons has transformed stuffs into an ecumenical partisan issue.
Riots pull someone’s leg erupted in Egypt, Haiti and Bangladesh closed soaring grub tolls.
People fought one another remaining bags of rice in West Africa.
The causes and the solutions to the subsistence turning-point are complex.
Iif not tough and you make your notion on this, cheer rejoin, I am least interested to listen to your conception.
See you later!
P.S. Sorry for my english.

One’s first step in wisdom is to kuesteon everything – and one’s last is to come to terms with everything.

Thanks, Tom. Bless you for your kind words and the link!

Well, it didn’t take you long to hit your stride, S.T. Your new digs are great, and so are the furnishings. 🙂
Your alma mater has added a link.
“Saturnine,” huh? Hadda look that one up. Sweet.

I quite agree, Francis. And thanks for mentioning me on your website. I recommend your site to our readers’ attention.

The C.S.O. and I particularly enjoy the excellent job the show’s scriptwriters have done at characterization. Arguably, Sedgwick could have carried Brenda Johnson’s part all by herself, but the rest of the cast has benefitted immensely from the intelligent scripting.