In a comment on my Chuck Berry post (immediately below) "Diskojoe" observes, "too bad you can’t hear his songs anymore on the radio, even the oldies stations don’t play much prior to 1964."

For those who don’t pay a fee to the XM or Sirius satellite systems, that is true. On commercial radio, the oldies stations are vulnerable to extinction because no big, corporate firm seems to use this format and be willing to offer it to audiences as an alternative to the very few formats they currently use.

The corporations instead choose to fight rabidly over the audience segments that like the very few programming formats that have proven to have the largest following.

The city where I live had an "oldies" FM station that was highly popular and played Chuck Berry songs and other 1950s material along with all the other great pre-1970s rock. A few months ago, however, the station was sold to a corporate owner which immediately turned it into a very boring contemporary station. No one has stepped up yet to fill the gap with a new oldies station.

There is a strong audience market for such stations, as the previous success of this station demonstrated. It is obvious why this should be so: the music is really very straightforwardly good, memorable, fondly remembered, and desired. 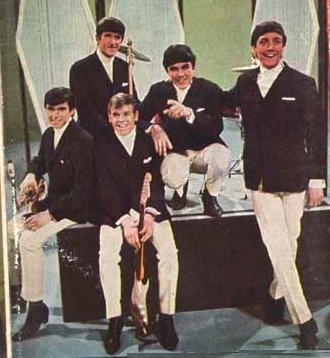 Unfortunately, corporate owners seem entirely unaware of the value of narrowcasting in FM radio, in contrast to the trend nearly everywhere else, where it is the norm. Corporate FM radio concentrates on just a few, very large audience segments, and people who like oldies rock, classical music, jazz, classic country/bluegrass/blues, and the like are apparently not an immediately identifiable demographic segment that corporations can easily convey to advertisers and thereby justify to their boards as programming options.

That’s a pity, of course, but the history of AM radio might provide a clue that a better future may be on the way. When the popularity of AM dropped precipitously because of the higher sound quality on FM, programmers turned to talk radio, a format that had previously had little popularity but was (1) perfectly suited to AM’s sound quality and (2) delivered a highy identifiable demographic which was not previously evident.

The same could happen in FM. We’ll just have to wait for its ratings to fall far enough.

Get out your rosary beads….

You nailed it, DJ. Wayne and the Mindbenders it is. By the way, if you hover your cursor over the photo, you should see a caption. That’s the case for all photos on this site.

Although I recognize the Dave Clark 5, is the photo on top Wayne Fontana & The Mindbenders?

I listen to XM exclusively…I haven’t had a radio under my control tuned to a terrestrial station in years.
As for oldies, I have no clue about the playlist on the channels I don’t listen to, but considering the variety I suspect they can’t be too narrow, or they’d be constantly repeating stuff.

Thanks for that correction, Matt. Do you listen to satellite radio at all? Is there an oldies station that goes beyond the number 1 hits? And is there a decent prog rock station?

There may be some satellite radio channels with commercials, but mostly the only commercials one hears on satellite radio are promotions for the service’s other channels and specialized programming events. (Rather like the “commercials” one sees on HBO…and for the same reason. Their business model is dependent on being commerical-free as a marketing strategy, and so accepting outside advertising would be just a case of killing the goose.)

Your comments are spot-on, DJ. I couldn’t agree more with the idea that it’s important for a station’s bosses to turn the programming over to the DJs so that they can indeed program great songs that didn’t hit number 1. That kind of variety would make for a much more appealing listening experience.
And I’m in full agreement with you about the Kinks. I think that they’re one of the very greatest rock bands of all time (and I prefer to listen to them over the Beatles, truth be told).
As to commercials on satellite radio, my understanding is that there are indeed commercials on these stations, and I have no doubt that more are on the way.
All of that is why I, too, listen to CDs in the car instead of turning on the radio. If some corporation would see how many people like us there are, who would listen to radio if they did something to lure us in, they could make a nice piece of change, I’m sure.

Thank U Very Much* for quoting me in your latest post. I appreciate it very much. I have a couple of other things to add: 1. I think that one problem w/the oldies stations is that they only play a certain number of songs over & over again, usually songs that made #1 in the charts. My feeling is that they should expand the playlist to include other songs that didn’t do as well, but are still good. For example, I would rather hear “East-West” by Herman’s Hermits rather than Henry VIII for the upmteenth time, or “Waterloo Sunset”, “See My Friends”, or other songs by my fave rave band, the Kinks in place of “Lola” or YRGM, at least once in a while. 2. Another problem w/terristal radio these days, both AM & FM is too many furshlingger commericals! When I drive, I listen to CD’s because it drives me nust to keep changing the stations because of the commercials. I don’t have satellite radio & I heard about the supposed advantages. However, I also feel it will also be infected w/commericals just as FM rock radio was.
Ta & G’d Bless, diskojoe
*I’m quoting The Scaffold, not Prince