Yesterday the Rock and Roll Hall of Fame bestowed a long-overdue honor on one of the great rock and roll bands of all time, the Dave Clark Five. S. T. Karnick examines the legacy of this supremely entertaining group of musicians.

One of the greatest pure rock and roll bands of all time, the Dave Clark Five, was honored yesterday by induction into the Rock and Roll Hall of Fame. The London-based band first hit it big in the wake of the Beatles’ rise to popularity in the early 1960s, constituting one of the most popular bands in the British Invasion. 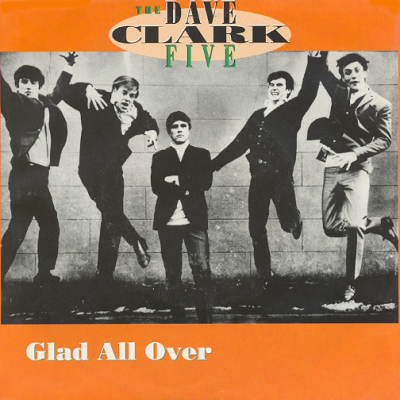 The DC5, as they were widely known by their vast legion of fans during their brief period of mass popularity during the mid-1960s, played a pure brand of straightforward rock and roll, with bandleader Dave Clark on drums, skilled rock singer Mike Smith on organ, Denis Payton providing hard-rocking guitar backing, bassist Rick Huxley rounding out a pounding rhythm section, and Lenny Davidson providing solos and fills on saxophone.

The band’s music was all about entertainment, not changing the world or challenging people’s perceptions; their songs were about good times and how to keep them going, and how to get through the bad days that inevitably come along from time to time. Their appeal to the working classes was analogous to the Beatles’ and Rolling Stones’ appeal to the middle classes and more artsy types.

The group’s music exemplified all that was best about the Swingin’ ’60s London scene, before it all went sour as newfound liberty (in the form of a long-overdue liberalization freeing the British peoples from stifling social and economic constraints) devolved into license and social decay. Although the band made adjustments to its music in the late 1960s to appeal to audiences no longer interested in straightforward, entertaining rock and roll, the Dave Clark Five never fell in with the tsunami of pomposity, willfullness, and antinomianism that swept all before it at the time.

The band’s lyrics weren’t deep at all, and the music wasn’t overly adventurous, but the band’s skill at songwriting and performing made for amazingly infectious hits such as "Glad All Over," "Bits and Pieces," "Come Home," "Any Way You Want It," "Can’t You See That She’s Mine?", "Over and Over," "Because," "Having a Wild Weekend," "Here Comes Summer," Everybody Knows," "Do You Love Me?", "At the Scene," "I Like It Like That," "Whenever You’re Around," "Red Balloon," "Maze of Love," "Live in the Sky," "Little Bitty Pretty One," and "Try Too Hard." 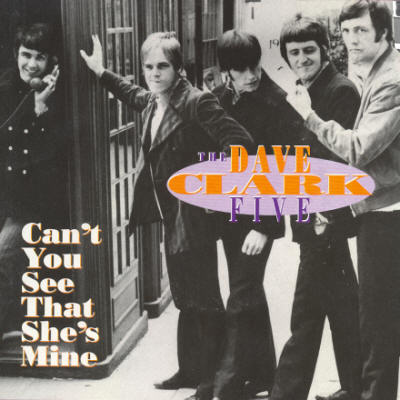 The band members’ ability to compose brief, distinctive, enjoyable musical passages that could grab a listener’s attention and stick in the mind made their music, at its best, as strongly entertaining as the Beach Boys’ and Beatles’ early songs, which is of course saying a lot.

Mike Smith—who died a couple of months ago but did hear that the band had made the Hall of Fame—was a very underrated singer. His bold voice—somewhere between a high baritone and a very low tenor—worked equally well on ballads (where his performances resolutely avoided sentimentality and epicenism, the great banes of rock music ever since the late ’60s) and rockers (where his enthusiastic shouts were much more powerful than Paul McCartney’s excellent Little Richard imitations).

The DC5’s sanguine outlook and refusal to pretend that their music was anything but good, clean fun ensured that the DC5 would be left behind in the rush for the next big, important load of nonsense as the late 1960s came on and politicized rock music immeasurably, and as audiences and critics began to see rock and roll as an art form requiring revolutionary attitudes and aggressive displays of personal eccentricity and narcissism, which dimwitted rock critics falsely imagined as constituting creativity. 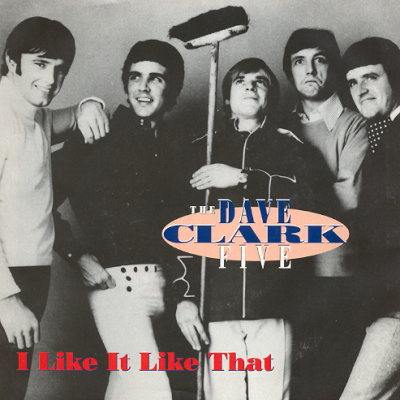 But the group’s fans never forgot the simple beauty and great fun of the Dave Clark Five’s music, and the band’s long-overdue induction into the Rock and Roll Hall of Fame is a great day for rock music.

(Leaving aside, of course, any discussion of whether there should be such a thing as a Hall of Fame for what is supposed to be a populist and continuously socially transformative and indeed transgressive form of popular art.)

The ceremony was unfortunately marred by awards to the odious Madonna and asinine John Mellencamp, but the good feelings created by the Dave Clark Five far outshined the attention paid to such petty poseurs.

For more information about the Dave Clark Five and a terrific jukebox of the band’s hits, visit the group’s official site.

For other song samples and purchasing information, click here.

For more on the Rock and Roll Hall of Fame ceremony, see the AP report here.

Thanks, Joe. I believe you’re right about Clark, who was a very savvy manager—I understand that he procured better royalties for the DC5 than most bands were able to get.
I wish you and yours a Happy Easter.

S.T., I think the situation w/the DC5 catalogue is that Dave Clark himself owns it (as he did ever since the band’s heyday) & that he’s probably holding back looking for the “right deal”, just like the footage for Ready Steady Go, the famed 60s British music show which he also owns & hasn’t been reissued since the 80s.
Also, speaking of Jann Wenner, he’s also responsible for preventing the Monkees from entering the RRHOF, which is a shame since they were pioneers of rock video & had plenty of great songs. Finally, I would like to wish you a Happy Easter.

Thanks, Joe. I had heard about the DC5 being bumped last year and was perfectly disgusted about it. It’s no surprise that Jann Wenner was responsible for the decision.
It’s a pity and a shame that DC5 CDs are so hard to come by. The good news is that the jukebox on the group’s site provides a great selection of songs for those who don’t have them on CD or some other form.
In addition, one could well hope that some company or other will release a new compilation now that the group has deservedly been inducted into the R&RHoF.

Great article, S.T. It’s sad to hear that the DC5 was actually voted in the Hall last year, which meant that Mike Smith would have seen the induction, but Jann Wenner had Grandmaster Flash enter into the Hall instead.
Also, there hasn’t been any DC5 CD releases since the compilation released by Hollywood Records back in 1993 & is since out of print.