Offending Christians OK at NBC, Bothering Atheists Not an Option

Yesterday we noted that NBC is leaning toward including Madonna’s mock crucifixion scene when it airs her concert special in November. Catholic and Orthodox church organizations have protested the aging pop star’s inclusion of the scene in her concert shows, and they will undoubtedly view a decision by NBC to run it as an insult to Christians.

As noted yesterday, NBC is probably going to run the scene, and there will probably be complaints from Christians.

NBC will undoubtedly be willing to endure any controversy and in fact expect to benefit from it.

Not so with atheists.

NBC is airing the Christian program Veggie Tales, but it has censored out all refernces to Christ and Christianity. According to the AP report,

Bob the Tomato and Larry the Cucumber always had a moral message in their long-running "VeggieTales" series, a collection of animated home videos for children that encourage moral behavior based on Christian principles. But now that the vegetable stars have hit network television, they cannot speak as freely as they once did, and that has got the Parents Television Council steamed.

The conservative media-watchdog group issued a statement Wednesday blasting NBC, which airs "VeggieTales," for editing out some references to God from the children’s animated show.

"What struck me and continues to strike me is the inanity of ripping the heart and soul out of a successful product and not thinking that there will be consequences to it," said L. Brent Bozell, president of the Parents Television Council. "The series is successful because of its biblical world view, not in spite of it. That’s the signature to `VeggieTales."’

The references to Christ and Christian values offended the network’s broadcast standards, the AP story reported:

"Our goal is to reach as broad an audience as possible with these positive messages while being careful not to advocate any one religious point of view," she said. . . . 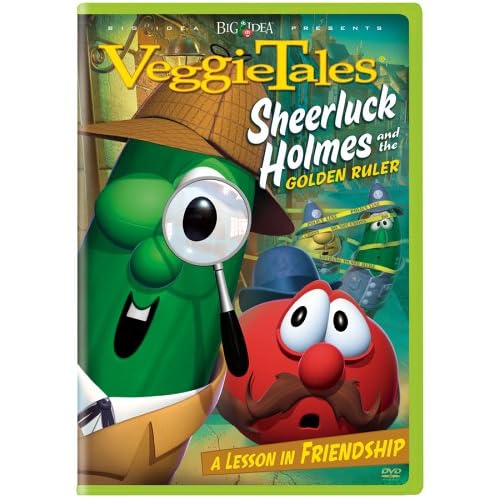 "VeggieTales is religious; NBC is not," he said. "I want to focus people more on `Isn’t it cool that Bob and Larry are on television?’ "

What NBC thinks is cool is something a bit different: grabbing a particular audience of impressionable young people without offending powerful anti-Christian advocacy groups such as People for the American Way and the Freedom from Religion Foundation.

To get uncensored copies of the Veggie Tales programs, click here.