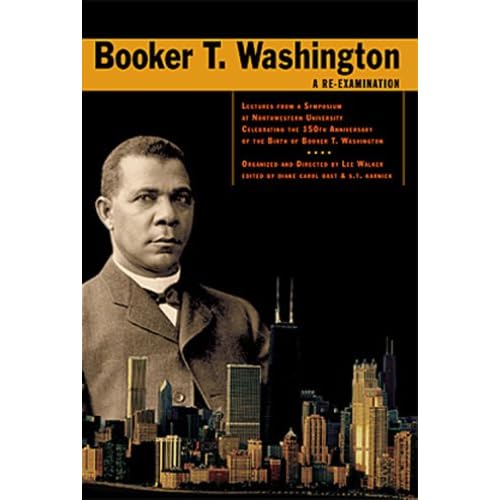 Two new books may mark the beginning of a long-overdue re-examination and greater appreciation of the life and thought of a great American thinker, Booker T. Washington, writes S. T. Karnick.

One of the United States’ most interesting, important, and controversial thinkers of the past century was a man whom all too many people have thought of as basically an outmoded self-help guru whose ideas were limited to black Americans and probably wouldn’t work anyway. The truth is that he was a highly insightful economist, philosopher, and educator whose ideas applied to all people, even though his subject matter usually was "the American Negro."

The good news is that after several decades in which U.S. elites have largely mocked him when they weren’t neglecting him or deliberately suppressing his ideas, a groundswell of support for and interest in Booker T. Washington is finally rising. Many of his writings, composed in the late 19th and early 20th centuries, are available for free online, as they are now in the public domain. A good place to start reading them is at the Booker T. Washington page of the ebook site Munsey’s.

Part of the impeus for this revival of Washington’s ideas was the release this summer by The Heartland Institute (the Chicago-based think tank for which I work) of Booker T. Washington: A Re-Examination. Although I am listed as a co-editor of the book, I cannot take any credit for its excellence; that all goes to the authors, whose contributions emerged from their participation in a conference on Booker T. Washington, sponsored by The Heartland Institute.

It really is a very fine introduction to Washington and his thinking.

In addition, a new book about black conservatism, in which Washington and his ideas play a primary role, has just gone to press and will soon be released by the Heartland Institute.

In the meantime, here’s an excellent example of Washington’s thinking, and one that clearly applies to people of all colors, from Washington’s The Future of the American Negro:

In my mind there is no doubt but that we made a mistake at the beginning of our freedom of putting the emphasis on the wrong end. Politics and the holding of office were too largely emphasised, almost to the exclusion of every other interest.

I believe the past and present teach but one lesson,—to the Negro’s friends and to the Negro himself,—that there is but one way out, that there is but one hope of solution; and that is for the Negro in every part of America to resolve from henceforth that he will throw aside every non-essential and cling only to essential,—that his pillar of fire by night and pillar of cloud by day shall be property, economy, education, and Christian character. To us just now these are the wheat, all else the chaff. The individual or race that owns the property, pays the taxes, possesses the intelligence and substantial character, is the one which is going to exercise the greatest control in government, whether he lives in the North or whether he lives in the South.

Clearly those words apply not only to American blacks but to all free people. It is high time that Washington were elevated to his proper prominence as an American thinker, and it is to be devoutly hoped that these two new books from The Heartland Institute will help spark a new revival of Washington’s works.