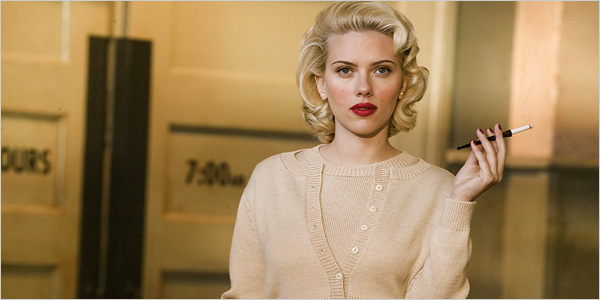 The Motion Picture Assoociation of America has announced that portrayals of smoking will be considered in rating movies, along with depictions of sexuality and violence. Glamorization of smoking will bring on a more restrictive rating, and tobacco use will be added to the increasingly elaborate descriptions of movie content the industry’s rating system is incorporating.

Given that nobody is allowed to smoke anywhere in the previously free United States, simple realism would seem to require filmmakers to stop showing people smoking. Of course, reality hasn’t been an interest for Hollywood for several decades.

One, smoking does help an individual keep their weight down, though it is hardly a panacea in that regard, and

Two, smoking is more common among the lower classes than among the upper.

There’s also this, from an actor’s point of view–a cigarette gives you something to do with your hands.