Robert Downey Jr., star of the megahit movie Iron Man, has signed on for a new film that crosses genres and may have some interesting and salutary ideas. 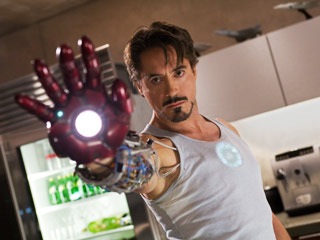 Robert Downey Jr. will star in the planned 2009 theatrical film release Cowboys and Aliens, which is reportedly just what it sounds like—a mix of two staple genres of early twentieth century pulp fiction: the Western and science fiction.

Coming off the huge success of Marvel Studios’ Iron Man, Downey has signed up for the film, the story of which will be based on a graphic novel. The script has been in development for several years, and the previous involvement of Jeffrey Boam (Indiana Jones and the Last Crusade) and Steve Odenkerk (Evan Almighty) is good news, should any of their ideas be retained.

The story has a politically motivated premise, according to Reuters:

The story centers on an Old West battle between the Apache and Western settlers, including a former Union Army gunslinger named Zeke Jackson (Downey), that is interrupted by a spaceship crashing into the prairie near Silver City, Arizona.

The story draws a parallel between the American imperialist drive to use advanced technology to conquer the "savage" Indians and the aliens’ assault on earthlings, who must join together to survive the invaders’ attack.

One could easily see the film more broadly as representing a classical liberal premise as well, with the aliens representing the megastate and the earthlings demonstrating the need for the citizenry to drop their differences and fight back to regain their rights to life, liberty, and the pursuit of happiness, as the American colonies had to do by breaking away from Britain.

Pulp fiction with principles—what could be more American than that?