Do you prefer Facebook over MySpace? Then you’re a racist 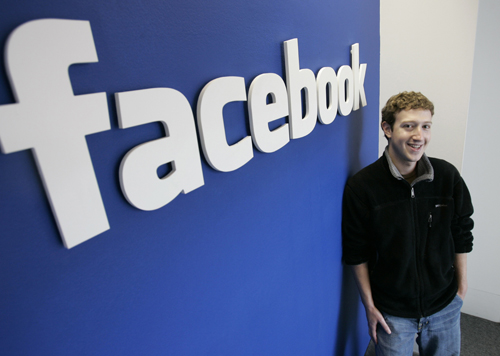 According to a story at The Inquisitr, it reflects very poorly on American society that social networkers have been leaving MySpace in droves and flocking to Facebook.

As The Inquisitr story notes, Danah Boyd, a social media researcher for Microsoft and fellow of the Harvard University Berkman Center for Internet and Society, recently delivered the keynote speech during New York’s Democracy forum at Lincoln Center. Boyd said she was disturbed by the possible reasons for mass abandonment of MySpace for the "more cultured" and "less cheesy" social networking site Facebook. The phenomenon apparently exposes a form of digital racism for which America should feel shame.

"We might as well face an uncomfortable reality … what happened was modern day ‘white flight’," Boyd said. "The fact that digital migration is revealing the same social patterns as urban white flight should send warning signals to all of us. It should scare the hell out of us."

Boyd, from the looks of her resume, is the embodiment of the over-educated elite who consider themselves our "cultural betters." Only they have the insight and courage to filter seemingly innocuous social trends through the left’s race and class prism and reveal the real truth. That’s why she’s "scared," and must sound the alarm by referring to MySpace as the "ghetto of the digital landscape."

She said her research has found that MySpace users are more likely to be "brown or black" and espouse a different set of ideals in conflict with those espoused by the teens she surveyed over four years. She said that patterns in migration across social networking sites echoed those of a white exodus from cities in the past.

Ok. Let’s play along. Perhaps it’s true that a higher percentage of MySpace devotees are more likely to be "brown or black" than Facebook users. Is this proof that a white user is revealing his or her racism by leaving it in favor of Facebook? It is, I suppose, if one confuses correlation with causation — something a serious researcher takes great pains to avoid — and is careful to never venture far from the echo chamber of the academic elite.

Aside from that, Boyd’s invocation of "white flight" is beyond absurd. Unlike the "white flight" to the suburbs of decades ago — where poor inner-city "browns and blacks" did not have the economic power to join the exodus to a more comfortable living environment and better public schools — there is no barrier at all to those "left behind" in the "digital ghetto" of MySpace. Migrating to Facebook takes about 30 seconds of computer time. That’s one of the great things about the Internet age: It breaks down, rather than erects, racial and socioeconomic barriers. The question to ask is why "browns and blacks" remain at MySpace instead of joining the Facebook community. Voluntary self-segregation, perhaps?

At any rate, MySpace is being abandoned because it’s annoying — most pages I’d visit would automatically start playing the host’s favorite and obnoxious music, and often quite loudly; many pages are photo-heavy with crazy backgrounds that are hard on the eye and make it difficult to consume; and it is also less intuitive than Facebook. It should also be noted that even Facebook is becoming a victim of its own success, becoming increasingly clunky and annoying to many users (like me) who are now utilizing Twitter as a more streamlined way to socially interact on the Web.

MySpace was, and remains, primarily a social network for teens. MySpace is in the "digital ghetto" only in the sense that its own institutional inertia has resulted in it being lapped by a superior service. To suggest that it is racist for one to leave it behind for better, more mature alternatives is not only silly, but insulting.

But if Microsoft wants to put such a fool on its payroll and Harvard wants to keep subsidizing such "research," that’s their business. Who am I to get in the way of them eroding their credibility?

This article reflects a true insight into how MySpace has been affected due to cultural reasons. Brilliant. It was very useful to my University research on MySpace.

I don’t know what incentive young people would have for doing so, especially given the huge obligations for Social Security and Medicare they’re going to be forced to bear. If anything, I should expect “ageism” to become even more pronounced in the coming decade or two.

Are you saying I’ve ghettoized myself? Horrors!
But I’d like to see some attention paid to a real prejudice which has yet to be recognized and dealt with by society. The Boomer generation at least had the courage to face and repudiate the racism and sexism baked into the social environment by previous generations. Can today’s young people give up this fixation on isms that were long ago condemned by the court of opinion, and summon enough honesty to take an unflinching look at the ageism handed down by their parents?

It makes them feel very old, I imagine, CC.

What does that make people who are only on LinkedIn?

This is the kind of logic that only an Ivy League education can buy. I consider myself blessed to have only been able to afford a state school.

Jim, this is one of those things that you think at first must be satire, since it’s so utterly absurd, then realize it’s horribly, horribly true.