A Book with Answers to Everything 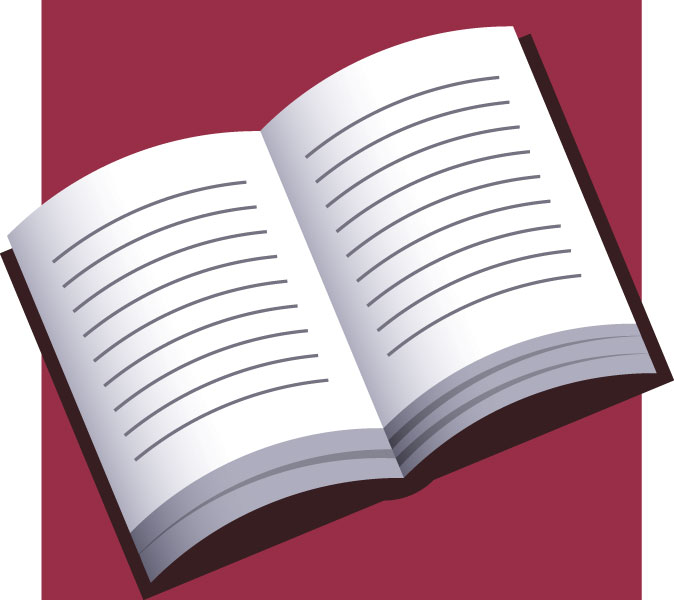 A Book with Answers to Everything

Once upon a midnight dreary, while I pondered, weak and weary, how to replace a blown fuse in the dark without a flashlight, a thought suddenly struck me. After briefly contemplating legal action against the thought, I decided to become more familiar with it.

Why, I wondered, do I have to endure problems like this? After all, what did I do to deserve it? I collect books of various sorts; surely, I said to myself, there’s an answer for this somewhere among their pages. Making a mental note not to call myself Shirley any more, I stood there in the dark—in more ways than one.

Somebody finally came up with a flashlight so, after dealing with the fuse, I shambled into our minuscule library/study searching for the answers to life, the universe, and—you know.

Oddly enough, Douglas Adams, brilliantly funny though he was, didn’t have the answers—although the Babel fish is such a great idea that the United Nations really ought to get on it posthaste. Maybe, I mused, Ted Turner could come up with the scratch for it; I’m sure he can afford it.

I scanned the bookshelves. Aristotle? Smart guy, if a little dull. Shakespeare? Also a smart guy, not too dull, but limited in wisdom. Jeff Foxworthy? That night, Jeff notwithstanding, I needed something more comprehensive and positive.

So I grabbed this brown-backed book down from the shelf. Oddly enough, the author’s name wasn’t on either the cover or the title page: a curiosity in this day and age. This thing was thick and heavy, and some of the text would require an electron microscope to read; but with the aid of my Mr. Wizard Science Kit I managed well enough.

Ignoring the thunderstorm outside and the dimly flickering lights over my shoulder, I launched into it—so it came as a mild shock when I finished to see the bleak light of dawn filtering through the slats of the Venetian blind. It was an engrossing read, and I give it two thumbs up—no, wait, that’s copyrighted, I think. Four stars? Five bowties? Anyway, I liked it.

The book has wit and wisdom, a realistic view of human nature, the rather downbeat theme of how screwed-up people can get when they stray away from what they know is right, but a boffo, upbeat finale: the good guys win!

For the characters (and there’s a huge cast of them), things begin beautifully but rapidly go downhill; like any good author would do, the storyline introduces more and yet more complications for them—until about two thirds of the way through when the hero appears. But this hero isn’t like most; he doesn’t shoot anybody or even throw any punches, yet he behaves in the most heroic way imaginable (to say more would be a spoiler).

This book succeeded well in changing my morose attitude; it’s unusual for a book—especially one with all this violent content—to make me feel better, but it did.

However, if I read it right, conditions worldwide will greatly deteriorate before they improve. Many carefully laid plans of princes, paupers, and potentates are definitely going to gang agley.

In my chair on that dark and stormy night, I squirmed uneasily at the prospect. "Ah, c’mon," I told myself, "this is just made-up stuff! Do they seriously expect me to believe this?" But I finally had to concede that yes, they do. Here are some text snippets on just a few of the topics covered in this book. If you find any of these ideas objectionable, don’t look at me; take it up with the author:

THE ORIGIN OF MANKIND

"And the Lord God formed man of the dust of the ground, and breathed into his nostrils the breath of life; and man became a living soul."

"Be not deceived: neither fornicators, nor idolators, nor adulterers, nor effeminate … shall inherit the kingdom of God."

GLOBAL WARMING AND THE END OF THE WORLD

"One generation passeth away, and another generation cometh: but the earth abideth forever."

"I will bless them that bless thee and curse him that curseth thee : and in thee shall all families of the earth be blessed."

THE FUTURE OF ISRAEL

"I will bless them that bless thee and curse him that curseth thee: and in thee shall all families of the earth be blessed."

"I will bless them that bless thee and curse him that curseth thee: and in thee shall all families of the earth be blessed."

THE FINAL POLITICAL CONFIGURATION OF THE NATIONS

OVERALL . . . This is a book to which I will return frequently. Lots of great stuff here, and so far I’ve only managed to understand a very small part of what it holds. Fascinating!