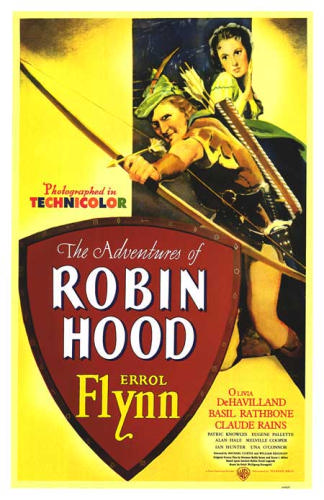 In terms of sheer entertainment and the joy it brings, The Adventures of Robin Hood is one of the greatest motion pictures of all time. Few films in the years since it was made have reached this level of delight, and for a TV series to get even close is to ask far too much.

But it’s not too much to ask it to get a good deal closer than the new BBC Robin Hood.

The first two episodes are mildly entertaining but no more, are not particularly thoughtful, and are entirely uninspiring. The program is not an entire waste of time, as it does have a nice message of resistance to oppression and anger against excessive government taxation, but there’s no real drama or excitement here, little entertainment, and a distinct lack of creativity.