In a comment on the humorous piece genrerously supplied by Mike (not Linda) below, regular visitor Joe asks our opinion of P. G. Wodehouse. I shall find occasion, I am sure, to write more about PGW in future, as he is one of my favorite authors. In the meantime, here are my thoughts on the first DVD set of the excellent 1970s BBC TV series Wodehouse Playhouse, which starred the brilliant comic performers John Alderton and Pauline Collins in faithful adaptations of Wodehouse stories, primarily the author’s Mr. Mulliner tales, where PGW was really at his funniest.

I strongly recommend all three DVD editions of Wodehouse Playhouse. 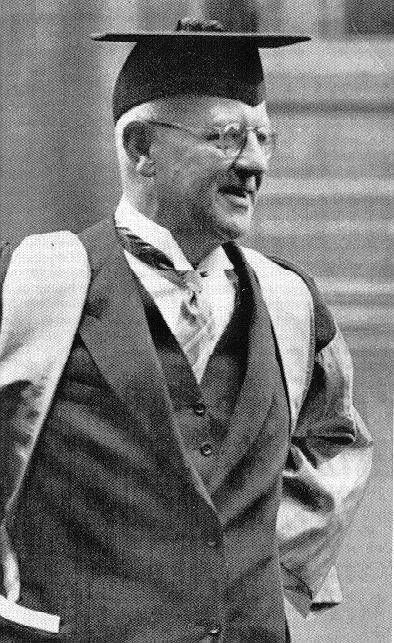 You can find the entire review at National Review Online, here. Here’s an excerpt, to whet your appetite:

[T]he great British humorist P. G. Wodehouse (1881-1975) . . . was widely acknowledged, by authors such as Orwell and Waugh, as one of the greatest prose stylists in the English language. They were correct, and the fact that this great gift was placed in the service of humor is one of the instructive ironies of life.

The first-person narration of wealthy London idler Bertie Wooster, in the numerous stories and novels Wodehouse wrote about him and his lifesaving valet Jeeves, is one of the great delights of English literature. A good prose style, however, is difficult to reproduce on the screen. (Voiceover narration, which is sometimes tried, is seldom effective and usually just a distraction.) Hence, Wodehouse’s writing, though full of brightly drawn characters and dazzling dialogue, seldom transferred well to film during his lifetime. Few people particularly admire the Fred Astaire film A Damsel in Distress (I am one of that happy few), for example, and the two 1930s adaptations starring David Niven and Arthur Treacher as Wooster and Jeeves, respectively, are for addicts only. (Which means, of course, that I have seen them more than once.)

The British Broadcasting System (BBC) got it just right, however, with the production of Wodehouse Playhouse. Just before the author’s death at age 93 in 1975, the BBC produced this series of adaptations of Wodehouse stories from three of his six major sagas. (Wodehouse wrote approximately seventy novels and three hundred short stories.) Series One of Wodehouse Playhouse, now available on DVD in a nicely presented two-disc set from Acorn Media, includes six Mulliner stories and one golf tale. (Wodehouse had a passion for golf, and he wrote nearly three-dozen stories set in that particular world, narrated for the most part by the Oldest Member (who has not actually played the game himself for many years.) The two forthcoming sets will present more from each of those series and three Drones Club stories.

The producers did well to concentrate on the Mulliner stories, for it is in these tales, according to no less an authority than the author himself, that Wodehouse tried to be at his funniest. "I must warn my public," he wrote in the preface to an omnibus volume of these stories, "that in The World of Mr. Mulliner I am writing as funny as I can, and I can only hope that there will be no ill results." The stories are told by Mr. Mulliner, owner and barman of the Angler’s Rest, and each tells the tale of one or more of his many and varied relatives. (The stories name 43 in all.) . . .

Laughter may not be the best medicine, but it is a fine tonic for a worried soul. Wodehouse Playhouse makes an excellent introduction to this great humorist’s world, which is a highly satisfying and, I should say, healthy place to be.

Dear Mr. Karnick:
A very belated post. I just (April 7, 2007) received my copy of Richard Usborne’s PLUM SAUCE: A P.G. WODEHOUSE COMPANION (2002) and recommend it highly.
With respect to the Berlin broadcasts, Usborne writes:
“Do not believe, either, that Wodehouse’s attitude to the backlash from his broadcast Talks from Berlin in 1941 was carefree…He was not prepared to lick his wounds in public, but they never healed” (page 2).
Usborne mentions Evelyn Waugh’s mythical airstrike: “…in revenge for the broadcasts, some RAF types had flown to Le Touquet to bomb the Wodehouse villa (Ethel Wodehouse had been moved out a year earlier) and had in fact pranged somebody else’s villa…the thought of this raid, presumably authorized, hung like a cloud in Wodehouse’s mind till his death fourteen years later” (page 4). “It is a sad irony that a man who, for a quarter of a century, had backed out of any personal limelight, should have got caught in the wartime search lights and flak” (page 3).
I like Usborne’s assessment of
Wodehouse: “He was a very private man, who worked hard and loved working. He made merry, but only at his desk and typewriter. He was a humorist: not a wit, not a satirist” (page 1).
Further comments from Usborne’s book about Conan Doyle’s influence on P.G.W. can be found on the GADetection site, post of April 10, 2007.
Respectfully,
Mike (not Linda)

Thank you for your kinds words; I enjoyed writing both pieces. I’ll look forward to reading more of yours.

Welcome, Angie. I read your Wodehouse/Star Wars pastiche and enjoyed it immensely. The Jeevesian conversation with 3PO was a particular highlight. Thanks for letting us know about it. In addition, I toddled over to your main page and enjoyed a funny and astute piece about the U.S. government deciding that sugar is irredemably evil and a Substance Not to Be Spoken of. Hilarious and unfortunately true, of our meddlesome and annoying government.

I’m a new reader of your blog; I googled my way over here after reading your piece http://www.nationalreview.com/karnick/karnick200506160745.asp on Robert Benchley. I was delighted to see you had blogged about another one of my favorite humorists, P.G. Wodehouse. I look forward to being a regular visitor here. By the way, here’s my tribute to Plum: http://www.angiebrennan.com/The_Wodehouse_Strikes_Back.html

Mike(not Linda):
As someone who is also into Orwell, I would like to say that he did come from a solid English middle class background & attended English public school (Eton, I believe)on a scholarship. One of his most famous essays was “Such, Such, Were the Joys”, in which he described his experiences at public school. So he did have a first hand experience in dealing w/the English upper class.

I have just returned from re-reading George Orwell’s essay, “In Defence of P.G. Wodehouse” (July 1945):
http://www.netcharles.com/orwell/essays/defence-of-wodehouse.htm#back2
In the essay, Orwell (a Socialist, ironically enough) finds Wodehouse’s cooperation with the Nazis defensible and negligible in the vast sweep of post-war events.
It should be noted, however, that Orwell un-self-consciously allows his own prejudices to surface on occasion, as here: “. . . Wodehouse’s real sin has been to present the English upper classes as much nicer people than they are.”
Now, for all I personally know, the English upper classes might be an irredeemable pack of bounders worthy of such censure; but how does Orwell know? First-hand experience, or the received wisdom commonly and uncritically accepted by Socialists everywhere?
Another example, this time somewhat condescending to Wodehouse: “Wodehouse’s attitude towards the English social system is. . .a mild facetiousness covering an unthinking acceptance.” True enough except for “unthinking”;
he damns with faint praise. Orwell finds that “. . .a harmless old fashioned snobbishness is perceptible all through his work.” To a Socialist like Orwell, class distinctions manifesting themselves in snobbishness could never be “harmless”.
Orwell’s assessment of Jeeves should excite controversy among both Plum-ophiles and Englishmen in general:
“The most immoral, or rather un-moral, of Wodehouse’s characters is Jeeves, who acts as a foil to Bertie Wooster’s comparative high-mindedness and perhaps symbolises the widespread English belief that intelligence and
unscrupulousness are much the same thing.”
Clearly, George Orwell’s defense of P.G. Wodehouse has a certain “slant” to it, but not enough to invalidate his central thesis that it would be a waste of time branding Plum a traitor when so many other, more important fish were even then swimming out of the net. (Forgive the mixed metaphor.)

Dear Mr. Karnick:
You are in danger of making me a believer in synchonicity. I’m just putting the finishing touches on a book review of a Wodehouse book when along comes your blog post. I’m hoping to place the review over on the GAD site soon, if nobody objects.
Respectfully,
Mike (not Linda)

I only caught a few episodes of Wodehouse Playhouse back in the day, but I remember it with fondness. The DVD will have to go on my wish list.
The great thing about the Niven/Treacher Jeeves & Woosters is how much sport there can be in listing all the ways the filmmakers got them wrong.

Thanks, S.T. for your great article on Wodehouse Playhouse. It just so happens that I just purchased the complete DVD sets of Wodehouse Playhouse & Jeeves and Wooster using my tax refund & enjoy both of them. He’s one of my favorite authors & I own at least 80+ of his books. Thanks again & more Plum please!