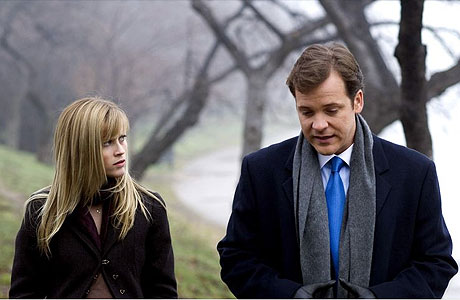 Big Hollywood editor in chief John Nolte is a real aficionado of classic-era Hollywood movies and knows a good deal about them. His writings on cinema are well-informed and insightful, and are always interesting. Today he has a particularly astute article on how Hollywood films of the 1940s and 2000s use the exact opposite story line in order to convey completely different attitudes about war.

I would add that the two vastly different attitudes shown in WWII and Iraq War films reflect a much more fundamental attitude change in American society and culture: the attitude toward duty.

In World War II films, duty is the central issue, and fealty to one’s obligations to one’s neighbors is upheld as a matter of honor. Standards seen as universal are the measure of morality and conscience. In current-day Hollywood antiwar films, the individual is the center of concern. The onus is on the nation and one’s neighbors to fulfill their duty to the individual, to make his or her life as good and enjoyable as it can be. When they fail to measure up to the individual’s expectations, the authorities and one’s social obligations must be repudiated. In practical terms, that means the war effort must stop.

Thus as Nolte points out, in Hollywood’s contemporary antiwar films the protagonists come to see the nation’s leaders and the cause of war as dishonorable, and they view themselves as the judges of the authorities and the principles their society promulgates. The individual is paramount, and his or her opinion is what counts.

That is relativism, and as the contemporary antiwar films ironically demonstrate, no society can defend itself if its people don’t adhere to standards they are willing to acknowledge as more importnat than their own desires and opinions.

Thanks for your comment, Ron. Given your point of view, I imagine you must find it particularly galling that Hollywood’s recent antiwar films have been so awful.

War is stupid. Most wars are about greed, power or religion. This war, Iraq is bogus from the start. No wonder GIs go AWOL, I would too.