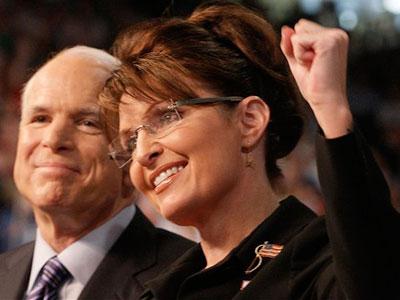 Thanks in large part to the talk show host’s petulant, one-sided, highly publicized feud with presidential candidate John McCain, Late Night with David Letterman enjoyed a gigantic ratings boost Thursday night when McCain appeared on the show to mend fences with the host.

The episode achieved the show’s highest rating since 2005, drawing 6.53 million viewers, more than two million more than timeslot rival The Tonight Show with Jay Leno, which usually beats the snot out of Letterman’s show in the ratings.

Letterman had initiated a widely reported series of on-air attacks against the Republican presidential candidate after McCain canceled an appearance on the show a few weeks ago. McCain’s appearance on Thursday’s show impressed observers with his affability and charm while enduring pressure from the host’s barrage of hostile questions. McCain frankly admitted, "I screwed up," in response to Letterman’s inquriy regarding why he skipped the show earlier.

Letterman had pointed out repeatedly that McCain did a couple of on-air interviews during the very time Letterman’s show was taping, instead of going immediately to the nation’s capitol to aid in resolving the financial crisis as he had told Letterman’s staff he was planning to do. Letterman still seemed angry Thursday, and McCain’s calmness under fire showed his personal character to great advantage.

Palin’s appearance on Saturday Night Live drew the highest ratings the show has managed in fourteen years. Approximately 14 million people watched the show. Even more tellingly, in the show’s first half-hour, when Palin made her first appearance, the audience was 17 million. Saturday Night Live starts at 11:30 EDT,  when audiences are much smaller than in the evening, but the first half-hour’s audience was bigger than those for all but two primetime shows in the previous week.

Palin did not have to do much but seem pleasant, normal, and poised, and she accomplished that fully.

Undoubtedly the audiences tuned in out of pure curiosity, to see how the candidates would react, and both McCain and Palin showed coolness under fire. It’s unlikely that the appearances would change many votes of real partisans, but the performances and the positive press reaction to them could help the ticket’s standing among the still numerous group of undecided voters.

Despite the relentless beating the Republican ticket has been getting from both "the liberal elite media as well as the liberal regular media," as Fay’s impersonation of Palin put it during the SNL sketch, the two shows did give the candidates some on-air time, albeit far from equal time, and allowed them to show audiences that they can take a joke and have a good deal of class.

Perhaps the people behind the two shows learned a valuable lesson about doing well by doing the right thing.

It’s encouraging that McCain and Palin’s appearances garnered such high ratings. I agree that especially in the case of Palin on SNL, a lot of people, including un-budgeable Obama voters, probably tuned in just out of curiosity. That said, perhaps seeing her coolness under fire and her ability to take a joke will help them to see her as a person and not as a bogeyman.