S. T. Karnick reviews It Is Time for a Love Revolution, by Lenny Kravitz

Lenny Kravitz’s new album, It Is Time for a Love Revolution, is a superb listen for those that enjoy classic rock music with serious ambitions but few pretensions. 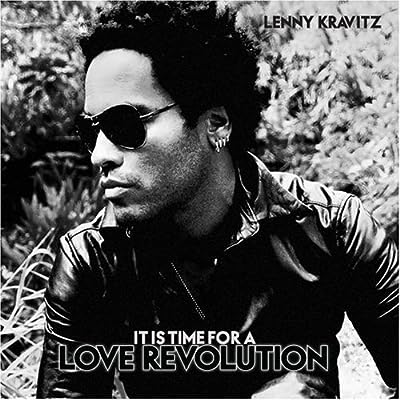 Kravitz is a master of the classic rock song form: short instrumental phrases repeated and sometimes varied, vocal lines that resemble normal human cadences but are artistically heightened, catchy melodies, and lyrics that combine social and personal concerns with a strong sense of drama. The influence of the Beatles is as evident as usual, but really Kravitz has always taken up a wide variety of classic rock sounds while providing his own unique extension of the tradition.

Kravitz’s respect for traditional forms allows many old-fashioned, 1960s-oriented critics to dismiss him, but they are wrong to do so. It is foolish to make a fetish of originality, for all great art has always incorporated both traditional elements and innovations, and even a purely conventional work can be made superior by the application of a major amount of talent, as in the novels of Charles Dickens or the movies of Buster Keaton.

It Is Time for a Love Revolution consists of 16 songs, and they fit together well, almost constituting a concept album, but without the pretensions often inherent in that form.

The opening song, "Love Revolution," sets the tone with, in quick succession, a brief stab of drums, Kravitz’s voice singing urgently, and some crunchy guitars and bass setting a driving beat. It’s a strong opener that sets a classic-rock tone for the disc, which never lets up.

Song three, "Good Morning," superbly brings out the "psychedelic ’60s" side of Kravitz’s sound, with a background of driving electric guitar chords, soulful vocals from Kravitz with echo treatment in the choruses and accompanying harmony vocals, and extended fadeout reminiscent of "Hey Jude"—all in just four minutes and seventeen seconds.

The lyrics throughout the album tend to be about Love, Love, Love (the title of one of the songs), with a 1960s sense of idealism but none of that decade’s hostility toward bourgeois society. The latter spirit, of course, will probably earn the album the disapprobation of many mainstream rock critics, for the refusal to hate the normal people who by his albums.

Those critics oudoubtedly will be even more appalled by the explicit Christianity of many of the lyrics.

"If You Want It" exemplifies this aspect of the album. "If you want it, you can change your evil ways," Kravitz sings, while the song deftly combines hard rock and soul, with a skillful alternation between louder and quieter sections. Kravitz shows great skill in singing the following lines:

So drop your chains and pick up your cross,

And let Jesus make your way!

He sings the first line quietly, and in expressing the second line his voices rises into a passionate call to action.

Kravitz varies the sound effectively while staying within comprehensible classic-rock forms. The song "Will You Marry Me?" amusingly combines wholesome lyrical sentiments with a snappy funk arrangement reminiscent of James Brown and Prince.

He uses mellotron orchestra in "I Love the Rain" to place a melancholy texture over crunching electric guitar chords and his souful vocal.

Not all in the album is sweetness and light, however, even though the music never stops being enjoyable. In the driving "Back in Vietnam," Kravitz’s lyric critiques American hubris without being annoying, as the chorus, "We’re back in Vietnam!" is delivered in a catchy musical phrase.

Similarly bringing social realities home with a personal approach, "A Long and Sad Goodbye" is a dramatic monologue of an abandoned son singing to his father:

Why did you turn your back,

Why did you stay your track,

Why did you leave and make her cry?

You Meant the world to me.

Why did you abandon me?

abandoment is these days, and Kravitz then provides a passionate electric guitar solo further suggesting the character’s despair. It’s a stunningly dramatic song.

Kravitz wisely follows this with a simpler and more positive song, "Dancin’ Til Dawn." Similarly, the use of quiet piano chords as the main background for Kravitz’s relatively quiet vocals in "A New Door" varies the sound effectively while still fitting well with the other songs.

Finally, any sense that Kravitz knows all the answers is fully dispelled in the closing song, "Confused," which has self-effacing lyrics, a deliberate pace, Beatlesque guitars, souful chorus, and another excellent guitar solo.

With its balance of humility and idealism, and of intensity and fluidness, It Is Time for a Love Revolution is a thoroughly successful album and another highlight in Kravitz’s impressive career.