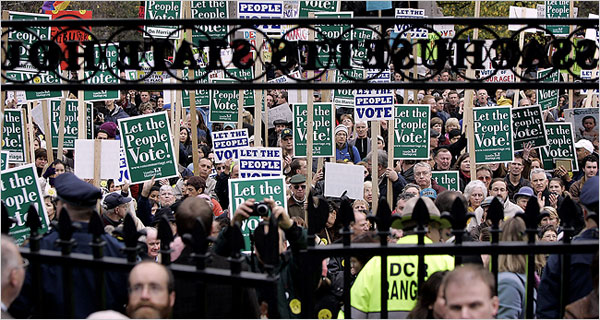 An important new study shows that efforts to force all of society to endorse same-sex marriages will increase the amount of homosexuality in a society. This should not surprise anyone, as that is quite obviously their intent.

Trayce Hansen, Ph.D., a licensed psychologist with a clinical and forensic practice who is a strong skeptic of the homosexual activist agenda, has published a provocative and informative article examining research from around the world which "finds that societies which endorse homosexual behavior increase the prevalence of homosexuality in those societies."

Although the orthodox opinion in the United States for the past couple of decades has been that homosexual behavior is genetically determined and therefore simply immutable for those who are involved in such activities, numerous skeptical scientists have pointedly questioned this notion, noting that the evidence strongly argues for environmental factors as being the vastly preponderant element in the choice of a sexual identity. Hansen summarizes this research as follows:

Extensive research from Sweden, Finland, Denmark, and the United States reveals that homosexuality is primarily environmentally induced. Specifically, social and/or family factors, as well as permissive environments which affirm homosexuality, play major environmental roles in the development of homosexual behavior.

Outlining some of the evidence against the theory that homosexual behavior is determined genetically, Hansen notes the following:

Instead of genetic factors, these Scandinavian studies concluded that unique environmental factors play the largest role in the development of homosexual behavior. The question as to which specific environmental factors contribute to homosexuality was not answered by these studies although some conclusions are offered by Danish and American research data to be discussed later in this article.

The genetic influence may be even less than this, Hansen notes:

[A]lthough the Swedish and Finnish twin studies are among the best to date, they still have wide margins of error. In fact, the margins of error are so wide it remains entirely possible that genetic factors play no role in the development of homosexuality. That remains to be determined, but what has been resolved is that the primary factor in the development of homosexuality is environmental.

In addition to family elements, which appear to be crucial in forming the choice of homosexual behavior, Hansen notes that the scientific evidence shows that whereas genetics has little and perhaps no influence on homosexual behavior, various factors in the social environment have a proven effect:

A Danish research investigation studied two million adults living in Denmark, a country where same-sex marriage has been legal since 1989. This study uncovered a number of specific environmental factors that increase the probability an individual will seek a same-sex rather than an opposite-sex partner for marriage.

For Danish women, the environmental factors related to increased likelihood of homosexual marriage include an urban birthplace, maternal death during adolescence, and mother-absence.

Interestingly, this Danish research finds that urban birthplace and separation from the same-sex parent both were associated with same-sex marriage for men as well as women. (The latter finding supports psychological theories that have long asserted homosexuality is related to childhood problems—real or perceived—with the same-sex parent). In summary, this study finds that environmental factors that contribute to the development of homosexuality can be social and/or familial.

As Hansen notes, this evidence accords with what psychologists and physicians have known for many years (and which people have known for millennia) but was suppressed in recent years in the well-meaning but wrongheaded attempt to coerce people into accepting homosexuality instead of simply tolerating it, so as to ensure that homosexuals were not unduly harassed by people uncomfortable with their increasing prominence in society and open recruitment of people into that form of behavior.

The long record of human history shows conclusively that "rates of homosexual behavior fluctuate greatly," Hansen notes, varying over time and across regions and societies. There is nothing immutable about it, and there never has been.

Hansen then cites evidence identifying factors in the United States that have affected the choice of homosexual behavior:

For American men, the environmental factor most related to homosexual behavior was the degree of urbanization during the teenage years. Specifically, boys who lived in large urban centers between the ages of 14 and 16 were three to six times more likely to engage in homosexual behavior than were boys who lived in rural communities during those same ages. The authors offer the following possibility: "an environment that provides increased opportunities for and fewer negative sanctions against same-gender sexuality may both allow and even elicit expression of same-gender interest and sexual behavior (p.308)."

For American women, the environmental factor most associated with a homosexual or bisexual identity was a higher level of education. . . . [A] woman with a college degree was nine times more likely to identify herself as non-heterosexual than a woman with only a high school diploma. The specific elements that create this marked difference are unclear, but the researchers don’t believe it’s simply due to higher reporting of non-heterosexuality by more educated individuals. They believe one explanation is the fact that with more acceptance, even encouragement, of homosexuality at universities, more university women embrace a non-heterosexual lifestyle.

Hansen notes that the amount of homosexuality in a society is a choice by the members of that society, manifested in the norms and laws they adopt:

Social and cultu
ral norms, as well as legal regulations, influence human behavior including sexual behavior. So not surprisingly, as the United States and other Western Countries have become increasingly pro-homosexual—socially, politically, and legally—they have experienced an upward trend in the number of individuals engaging in homosexual behavior. That trend will continue if we move beyond mere tolerance of homosexual behavior (which is appropriate) to formally honoring it by legalizing same-sex marriage.

Her conclusion constitutes a serious warning:

The legalization of same-sex marriage—which is being considered by voters in several U.S. states—is the ultimate in societal endorsement and will result in more individuals living a homosexual lifestyle.

One could certainly argue that having more homosexuals in a particular society is a jolly good thing indeed, but it’s an argument that we should have openly, instead of having it imposed by government and through indoctrination in the schools and by the mass media. That argument, moreover, should be engaged without prejudice toward a predetermined conclusion, and with our decisions based on what we know, not on what some of us may wish were true. That is how we are supposed to decide things in places not gripped in the vise of tyranny.

If we truly want our society to have a greater proportion of homosexuals, we can decide explicitly to adopt policies, such as forced endorsement of same-sex marriages, that will bring about that end.

If not, such decisions should not be imposed on us.

Thanks to Dr. Jennifer Morse of the Ruth Institute for referring us to this article.

It’s a real shame to come across reactionary [deleted by moderator] like this in the internet.
What the hell are you talking about? I’m a fag-loving person who wants to see anybody married who wants to be, but when the HELL was anyone FORCED to ENDORSE this? Why would you claim something ridiculously untrue? Because you’re an idiot fascist, is that it? Yeah.

Sam:
One implication of this study underscores the Judeo-Christian wisdom of Proverbs 22:6:
“Train up a child in the way he should go: and when he is old, he will not depart from it.”
(http://bible.cc/proverbs/22-6.htm)
In the context of your article, the word to focus on is “should,” which has moral dimensions not addressed in Hansen’s study; but it’s nice to see a secular confirmation of a religious truth.
Regards,
Mike Tooney