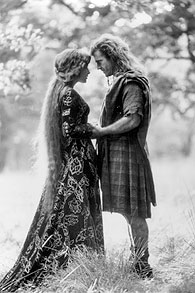 The First Amendment to the U.S. Constitution reads as follows:

Congress shall make no law respecting an establishment of religion, or prohibiting the free exercise thereof; or abridging the freedom of speech, or of the press; or the right of the people peaceably to assemble, and to petition the Government for a redress of grievances.

The Federal Communications Commission, created by Congress and administered by the President, seems to think that this does not apply any more.

To wit, as The New York Times reports:

Concerned about an increase in violence on television, the Federal Communications Commission on Wednesday urged lawmakers to consider regulations that would restrict violent programs to late evening, when most children would not be watching.

The commission, in a long-awaited report, concluded that the program ratings system and technology intended to help parents block offensive programs — like the V-chip — had failed to protect children from being regularly exposed to violence.

As a result, the commission recommended that Congress move to limit violence on entertainment programs by giving the agency the authority to define such content and restrict it to late evening television.

I, too, am concerned about an "increase in violence on television," as well as the increase in sexual content, vulgar and obscene language, and general stupidity. However, Congress has no right to regulate such things.

That right is reserved to the states and the people.

Congress does have the right to regulate indecency, and this could be construed as being such an instance, but the measures being contemplated—requiring broadcasters to limit such programming to particular times, forcing programming distributors to offer channels a la carte, and most importantly, defining the problem as depictions of violence and leaving sexual content and obscene language alone—suggest that getting rid of indency is not the object, but the point instead is to ensure the availabilty of indecent programming by restricting it to those adult individuals who want it.

The requirements could be seen as falling under Congress’s authority to regulate interstate commerce, but that is false, given that such authority was in the Constitution when the First Amendment was passed, and hence is overridden by the Amendment. Thus, Congress has no authority to abridge the freedom of speech under any prior constitutional grant.

Perhaps, but this is a matter for the states. Period.

I doubt that the telecom industry wants to be regulated by 51 different local entities, but that’s their problem, not ours. Congress and its creations have no business regulating TV programming.

I don’t think the FCC is ignoring the Bill of Rights at all…in fact some of the new bills including the one regarding what children can see are protecting the rights of children and not stripping anyone’s rights.
http://www.canyon-news.com/artman/publish/article_5671.php