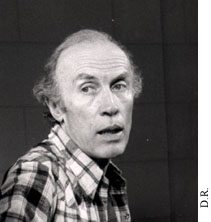 I have written previously in this publication about the French film director Eric Rohmer (http://stkarnick.com/?p=4963) .  Rohmer (1920-2010) was a widely and deeply cultured man and his  marvellous cinema is one of the most beautiful and intelligent.  Its focus is on character more than plot and relies heavily on dialogue while at the same time is sensitive to the beauty of the world. Before becoming a full-time filmmaker, he was a critic and editor of Cahiers du Cinema, one of the most influential journals of film criticism.  This collection of eighteen interviews, chronologically arranged, published by the University Press of Mississippi, is a treasure trove for any admirer of Rohmer’s cinema.  The interviews, taken together, are wide-ranging in which plot, theme, philosophy, painting,  literature, and  technical issues all are discussed  For example,  his restrained and elegant  style is so evident that it is interesting to learn how hard he worked to vary dialogue or that he sometimes relied upon his actors’ improvisations.  In a late interview he talks about his view of the importance of chance  in film-making, “”If you want to dominate everything, it doesn’t work.”

As I have  said, Rohmer’s films are character studies (“finding a certain truth about each character”) but they take place within a world that he loves.  In one interview, he says, “It’s the cosmos as a perfect work of art and as a natural marvel which attracts me…This feeling about nature that I’ve always deeply felt I find difficult to integrate into my films which are always more psychological and morose.”  In a later interview he states, “…my love of cinema itself springs from my love of nature.”

Rohmer is an open interviewee, though he does not, thank Heaven, enter  the confessional mode.  He is not shy of admitting he is a Catholic and something of an environmentalist, but he avoids  didacticism in his films and these interviews.    He has definite tastes but does not think his way of making films is the only legitimate one. He often goes off on tangents and sometimes contradicts himself.  He is truly intellectual but not cut off from instinct and never dry or pedantic.  The sly wit so often encountered in his films sometimes manifests itself,  for example, when he says that one reason his films do so well in the U.S. is that the subtitles eliminate the nuance of the dialogue.

If we learn more about Rohmer’s cinema than Rohmer the man in these interviews, that is probably because that is what he wanted.  I once came close to meeting Rohmer but never did.  I am glad for the publication of this book as a kind of substitute.