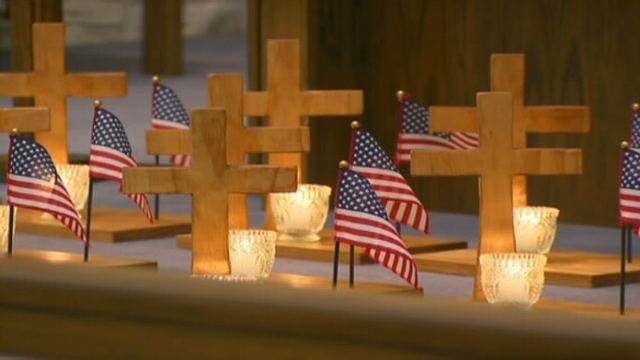 Dorothy Rabinowitz at the Wall Street Journal points out something that was obvious moments after the shootings at Fort Hood: the media and the military will call it anything but terrorism.

Political correctness is a cancer. There is no other way to look at it. Enthralled by PC, the modern liberal is a study in contradictions. Ever eager to lambaste Christianity as narrow-minded bigotry and an ever-present threat to our precious liberties, they are infinitely cautious about calling a spade a spade when it comes to Islam.

The shooting at Fort Hood is a perfect case in point. With just the right amount of incredulous astonishment Dorothy Rabinowitz captures the contradictions, in an article for the Wall Street Journal:

It can by now come as no surprise that the Fort Hood massacre yielded an instant flow of exculpatory media meditations on the stresses that must have weighed on the killer who mowed down 13 Americans and wounded 29 others. Still, the intense drive to wrap this clear case in a fog of mystery is eminently worthy of notice.

The tide of pronouncements and ruminations pointing to every cause for this event other than the one obvious to everyone in the rational world continues apace. Commentators, reporters, psychologists and, indeed, army spokesmen continue to warn portentously, "We don’t yet know the motive for the shootings."

What a puzzle this piece of vacuity must be to audiences hearing it, some, no doubt, with outrage. To those not terrorized by fear of offending Muslim sensitivities, Maj. Nidal Malik Hasan’s motive was instantly clear: It was an act of terrorism by a man with a record of expressing virulent, anti-American, pro-jihadist sentiments. All were conspicuous signs of danger his Army superiors chose to ignore.

What is hard to ignore, now, is the growing derangement on all matters involving terrorism and Muslim sensitivities. Its chief symptoms: a palpitating fear of discomfiting facts and a willingness to discard those facts and embrace the richest possible variety of ludicrous theories as to the motives behind an act of Islamic terrorism. All this we have seen before but never in such naked form. The days following the Fort Hood rampage have told us more than we want to know, perhaps, about the depth and reach of this epidemic.

Read more here about how Dr. Phil is a pathetic example of such blindness