The eminent poet and philosopher Frederick Turner provides some big-picture, civilization-level cultural commentary in an excellent article in TCS Daily today, thinking about why some societies die out and others manage to hang on or even thrive.

Turner’s thesis: that people who have a sense of life beyond themselves tend to have children and build for a future they will probably not live to share. After demonstrating that birth rates, not environmental or social catastrophes, best explain population declines such as those of ancient Rome and contemporary Europe, Turner writes,

If we eliminate all external causes for population collapse, what is left is people’s own reproductive choices. The reason people stop replacing themselves is, I would argue, cultural.

What, basically, persuades people not to have babies even when they have the political, social and economic stability to do so? Among the eras and nations where this phenomenon occurs or occurred one basic characteristic stands out: the loss of a transcendent future. What I mean by "transcendent" is some ideal or love or hope or faith that rises above the interests of the self, the practicalities of expected income, the security of predictable outcomes, and the lifetime of the individual. What I mean by "future" is that it is an ideal, love, hope, or faith that extends beyond the present and is not satisfied with an instantaneous and eternal reward in the now.

Religion is the way that humans attempt to put into language, stories, art and ritual their guesses about such things. As a species whose major and unique specialization is language, we are meaning-seeking beings, and when the buck of meaning has been passed around the various contents of the world about us, it ends up usually in the plate of religion. One hypothesis about demographic collapse that might be worth checking out is that it happens when a nation loses its religion.

Turner points out that human beings spend on religion an astonishing amount of time and energy that could be devoted to more direct pleasures:

[W]e might well choose the long golden afternoon of a culture in which the pleasures of food, gardening, education, lovemaking, sports, hobbies, art, fashion, and conversation would conduct us sweetly to a drugged and painless ending. We would be experts in enjoying the moment to the full. We could choose our sexual lifestyle. We would be living in a culture in which the opportunities, perspectives and pleasures of the two sexes would be fully shared and virtually indistinguishable. We might be as happy as any being can be that has a built-in dissatisfaction with the accustomed. 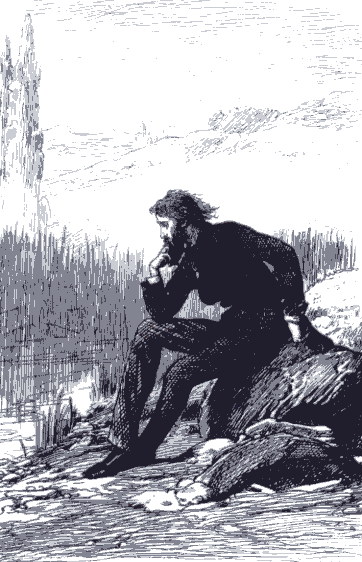 Yet we don’t do that—not here in America, that is, or at least not most of us. Although birth rates of native-born Americans are lower than in the past, they are still much above those of Europe and other developed nations such as Russia and Japan, which are well into population shrinkage that will increase in pace over the coming decades—to be replaced, it seems likely, by immigrants from poorer nations with faster birth rates (although it is important to note that birth rates in poorer nations are decreasing rapidly as well). Turner contrasts the two attitudes and their likely future in the final words of his article:

I believe that it is possible to have a high and reflective civilization whose transcendent love, faith and hope burn as hotly as that of the mullahs, and in which one can still hear the lovely din of a schoolyard at recess. But if I were still a European, as I once was, and not an American, as I now am, I might not be so sure.

As the immensely wealthy Louis Trevelyan says in Chapter 92 of Anthony Trollope’s novel He Knew He Was Right, "The world must be populated, though for what reason one does not see." That is the European mind today, and that of the Russian, the Japanese, the Canadian, and nearly all the world’s wealthy nations.

Turner is right. As long as we retain our belief in a transcendent order, we will continue to thrive. If we ever lose that, we risk ultimately losing everything.

And that is why the culture is so bloody important.