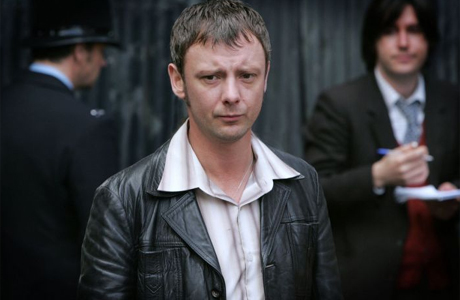 My favorite BBC programming has always been its mystery series, and the best of those are not the ones that mimic American programs but those that have the most British feel to them.

Hence it’s a happy day any time the BBC accidentally puts out one of its increasingly rare programs of intelligent and sensible entertainment. Life on Mars is just such a one and is not to be missed.

No, it’s not a sci-fi fantasy. The mystery detection series, now in its second season (Tuesdays at 8 and 9 PM EDT on BBC America), has a decidedly gimmicky premise, as appears to be a requirement for contemporary BBC programs. Detective Inspector Sam Tyler (excellently played by John Simm) is gravely injured in a traffic collision—and wakes up in early 1970s London.

(The show’s title is from a song by David Bowie, and the program includes a good deal of superb early 1970s classic rock. If you don’t get to hear much by Slade or the Sweet these days, this program’s for you. The producers even included a few bars of Uriah Heep in a recent episode.)

Serving as second in command on a team of police detectives, Tyler has to deal with the much less politically correct and health-conscious attitudes of the times while trying to give his colleagues a stronger sense of respect for citizens’ rights and the need to put together a case that can withstand a judge’s scrutiny, instead of just beating a confession out of the nearest Usual Suspect.

It’s a clever way of showing both how far we’ve come in police procedures in recent decades, and is accomplished entirely without cuteness.

What the program sadly fails to do is to indicate how much more of life has come under government’s none-too-gentle ministrations in those same decades, and how those incursions into individuals’ lives have made the modern West something not very noticeably short of a police state.

Despite that important failure of insight, however, Life on Mars is quite interesting and dramatic. Each week the team solves a new crime, and sprinkled throughout the narrative are intimations regarding just how DI Tyler ended up back in the 1970s.

At first it seems evident that he must be hallucinating (cf A Connecticut Yankee in King Arthur’s Court) while in a coma, but soon suggestions come that there is more to the situation than we may suppose: a character from the current day tells Sam he must not return to the present until he accomplishes what they sent him back there to do. Exactly what that is, we are given little hint (and the exchange itself could be explained away as being part of a coma-induced hallucination—if people do in fact dream during comas). It’s all quite puzzling, but we’re given just enough clues to remain interested without the subplot becoming cloying.

In adddition, Philip Glenister’s performance as the team’s leader, DCI Gene Hunt, is absolutely superb. Glenister makes Hunt into a clearly complex, intelligent person who is trying hard to deal with a rapidly changing world while doing his job according to contemporary standards and requirements and attempting to retain whatever measure of integrity he can sustain.

By turns blustering, blundering, incisive, violent, sympathetic, cunning, devious, and honorable, Glenister’s Hunt is one of the finest TV characters of our time. Glenister should get an Emmy award for this series. The guy is bloody brilliant, as his character might put it.

Thanks for your comment, “grapeshot.” I agree with your observations here. The second series of Life on Mars was indeed even better than the first, and it is certainly difficult to envision the U.S. version matching it in quality.
I have seen the entire series of Ashes to Ashes, as it happens, and although it’s interesting and entertaining, I think it doesn’t have the insight or craftsmanship of the two seasons of Life on Mars. The central character’s devotion to her absent daughter is laudable, but her continual references to her life in the 1980s being just a hallucination are annoying and make one wonder why the other characters don’t make much of an effort to correct her–it’s a failure to respect common sense that impedes our willing suspension of disbelief, and that is a deadly flaw in a story that requires so much cooperation on the audience’s part.
It’s entertaining and has some good moments, as I said, but I definitely would recommend that viewers not get their hopes up too high regarding Ashes to Ashes.

I came across this entry while poking through your archives, and could not resist commenting. I enjoyed both series, and thought the second season was stronger than the first. (The first episode of Ashes to Ashes, however, the sequel series, left me cold.) I can fully understand why Hollywood thought it would be a good idea to make an American version. In general I have neither negative nor positive feelings about Americanized versions of British shows; under the right circumstances they can work well, but they can also fail spectacularly — which is about the same thing that could be said about homegrown shows. Given how much I admired everything about the British series (including casting, photography, soundtrack, and setting) I am not sanguine about the upcoming American version of Life on Mars.

Mike, I know exactly what you mean. You’ll just have to get a second DVR.

Sam, saw one of the episodes last night. Very good. I love “time travel” stories if they are done well, and this sure seems to be one. Thanks for the tip.
BTW, they need to invent DVR technology where you can record more than two shows at a time. With five in a household and different tastes it’s getting harder and harder to be able to record all the shows we want. I can’t believe this is not possible.