Another ‘Goode’ Work by Mike Judge? 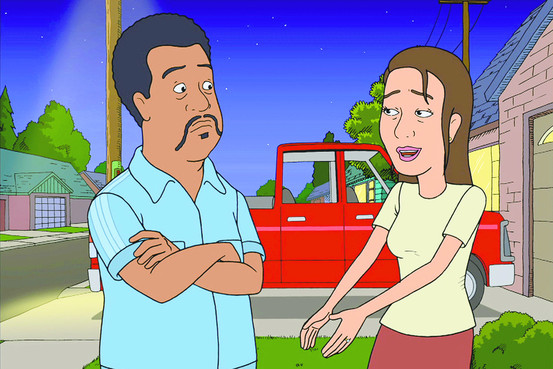 TV writer-producer-actor and filmmaker Mike Judge has a new TV series premiering tonight on ABC. It sounds like another winner for the politically incorrect satirist, writes S. T. Karnick.

Judge’s earlier TV shows–Beavis and Butt-Head and the brilliant King of the Hill–and films such as Beavis and Butt-Head Do America, the classic Office Space, and Idiocracy, were driven by straightforward good humor while relentlessly satirizing the shibboleths of modern socialism and consumerist materialism.

Particularly bold has been Judge’s willingness to satrizie modern socialsim’s foundation in racial, ethnic, and sexual victimology, a predilection few people in Hollywood have had the courage to question.

Tonight Judge takes on environmental activism with The Goode Family, about an American family trying desperately to be environmentally "responsible" as defined by radical activists who fancy humans can and should have no net effect whatsoever on the environment.

Judging from press accounts so far, the show appears intent on satirizing that fantasy and showing the piousness behind modern environmentalism. The environmental movement has become for many Americans and Europeans a substitute for religion, with the environment as their fierce, judgmental, unforgiving God, and themselves as its high priests.

It is indeed ripe for satire, and The Goode Family, premiering tonight at 9 EDT, may be a good start.