The reports of an increasingly tense relationship between the United States and Europe may be a bit exaggerated. That’s a likely conclusion to draw from the great surge in U.S. TV program becoming available in Europe. 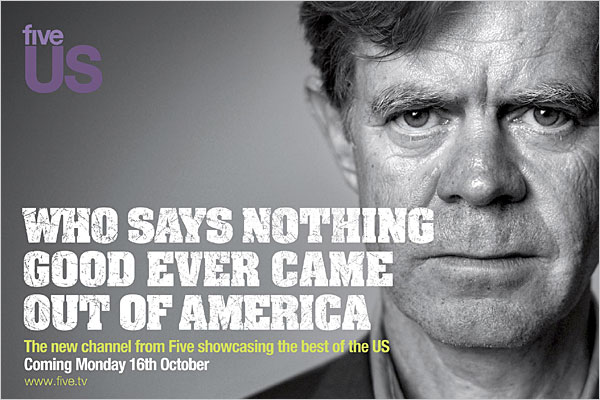 What politicians say and do is one thing, but everywhere in the world, TV viewers vote with their remotes. In Europe, the increasing anti-Americanism of many politicians is belied by the mass audiences’ great interest in, and presumably enjoyment of, American TV programs. In an article accurately titled, "As U.S. Is Reviled Abroad, American TV Charms," the New York Times reports:

In the parliaments and pubs of Europe, the United States may wallow in least-favored-nation status. But on European television, American shows have been enjoying a popularity not seen since the 1980’s heyday of “Dallas,” “Dynasty” and “The Dukes of Hazzard.”

“What a difference,” said Gerhard Zeiler, chief executive of the RTL Group, the Luxembourg-based broadcaster that owns Five US and other channels across Europe. “Five or six years ago, you could barely find any U.S. series on the prime-time schedules of the market leaders. Now they are back, pretty much on all the major European commercial channels.”

RTL, which is owned by the German media conglomerate Bertelsmann, recently created an all-American Tuesday night lineup at its flagship channel in Germany, the biggest commercial broadcaster in that country. It starts with “CSI: Miami,” a spin-off of the “CSI: Crime Scene Investigation” franchise, and continues with “House,” “Monk” and “Law & Order.”

Buoyed by strong ratings, RTL said last week that it planned to add a second night of American shows on Thursdays, starting Nov. 9. As recently as 1999, Mr. Zeiler noted, the only American programs shown during prime time on RTL in Germany were reruns of “Quincy,” as audiences tired of the formulaic American sitcoms and dramas that had once filled the airwaves. . . .

United States producers are taking more risks, creating edgier shows, analysts say, and they are spending more on them in an effort to appeal to European audiences. With revenue from sales of American rights flat, they are also increasingly dependent on international sales to recover costs.

The Times‘s angle on the story is that in response to improvements in U.S. TV programming, European viewers are showing an increased ability to enjoy offerings from a nation whose politics they still nonetheless hate:

Nick Thorogood, controller of Five US, said British viewers set aside any anti-American sentiments when they settle down on the sofa.

“We are seeing bright, intelligent and beautifully made drama coming out of America,” he said. “In the U.K., many people abhor the politics of the U.S. but eagerly embrace the culture.”

But I suspect that the real duality is not largely within the individuals themselves but in the population as a whole. The Times story opens with the observation that a recent British ad campaign for a new UK channel that offers only American programming "reflected a not-uncommon European complaint about the United States at a time of international disenchantment with its foreign policy. ‘Nothing good ever came out of America,’ the posters read, in plain, white-on-black block lettering." These were teaser ads that were soon replace with ones saying, "Who says nothing good ever came out of America?" the Times observes.

Well, who does say that? European and American leftist elites, that’s who. Yes, European voters elect leftist governments because, as Ben Franklin observed, they seek safety over liberty for themselves (and shall have neither), but that doesn’t mean they hate America.

As they vote with their remotes to support U.S. TV programming, the populations of these nations are demonstrating that the real divide may not be between Europe and the United States but between leftist elites on both continents and the much more reasonable general population they want to rule. And it’s highly possible that European poll numbers and voting patterns might start to reflect this difference. After all, advertisers both here and in Europe spend pots of money on the premise that TV can spur people to action, and a greater presence of U.S. TV programming ought to help Europeans understand our more individualistic mindset and sympathize with it more readily.

This greater interest in U.S. TV programs could be a warning shot for European politicians who make a living by despising America and taking every opportunity to thwart our government’s policies. Such politiicians may be pleasing a much smaller group of people than they think, and their own political futures may ultimately reflect that choice.

•  "Keen to clear up the accusations raised by former Guantanamo inmate Murat Kurnaz that he was physically abused by elite German soldiers, the German parliament will set up an investigative committee to look at the case."•

Good point. However, if you use the Stars & Stripes or another US motif, you have no problem. A good example would be a cover of MOJO magazine from 1996 illustrating an article on Oasis’ attempt to crack the US market. The cover showed one of the Gallegher brothers (forgot which one) wearing a pair of sunglasses w/the Stars & Stripes on one of the lenses.

Good observation. However, the colors of the British flag are red, white, and blue as well, which might have been likely to cause some interesting confusion.

I notice that on the ad that you posted, the colors are purple, grey & yellow, which isn’t exactly red, white & blue. Wouldn’t it make sense to use the USA’s colors in an ad campaign to promote American TV?