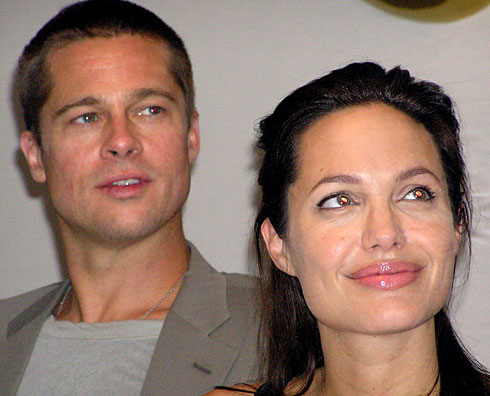 I am regrettably rather late in mentioning the actor Brad Pitt’s enlightening recent comment regarding why he has not yet married the acclaimed actress Angelina Jolie, a subject which he believes should have an important effect on the nation’s political process.

Brad Pitt, ever the social activist, says he won’t be marrying Angelina Jolie until the restrictions on who can marry whom are dropped. "Angie and I will consider tying the knot when everyone else in the country who wants to be married is legally able," the 42-year-old actor reveals in Esquire magazine’s October issue, on newsstands Sept. 19.

I think he’s referring to domestic animals here, but I’m not entirely sure, as he has neglected to provide specifics. In any case, let’s get together and change the laws to Brad’s liking so that he and Angelina can move in together and have kids and whatnot, OK?

It’s little enough to ask a country to do, after all, for such an important person.